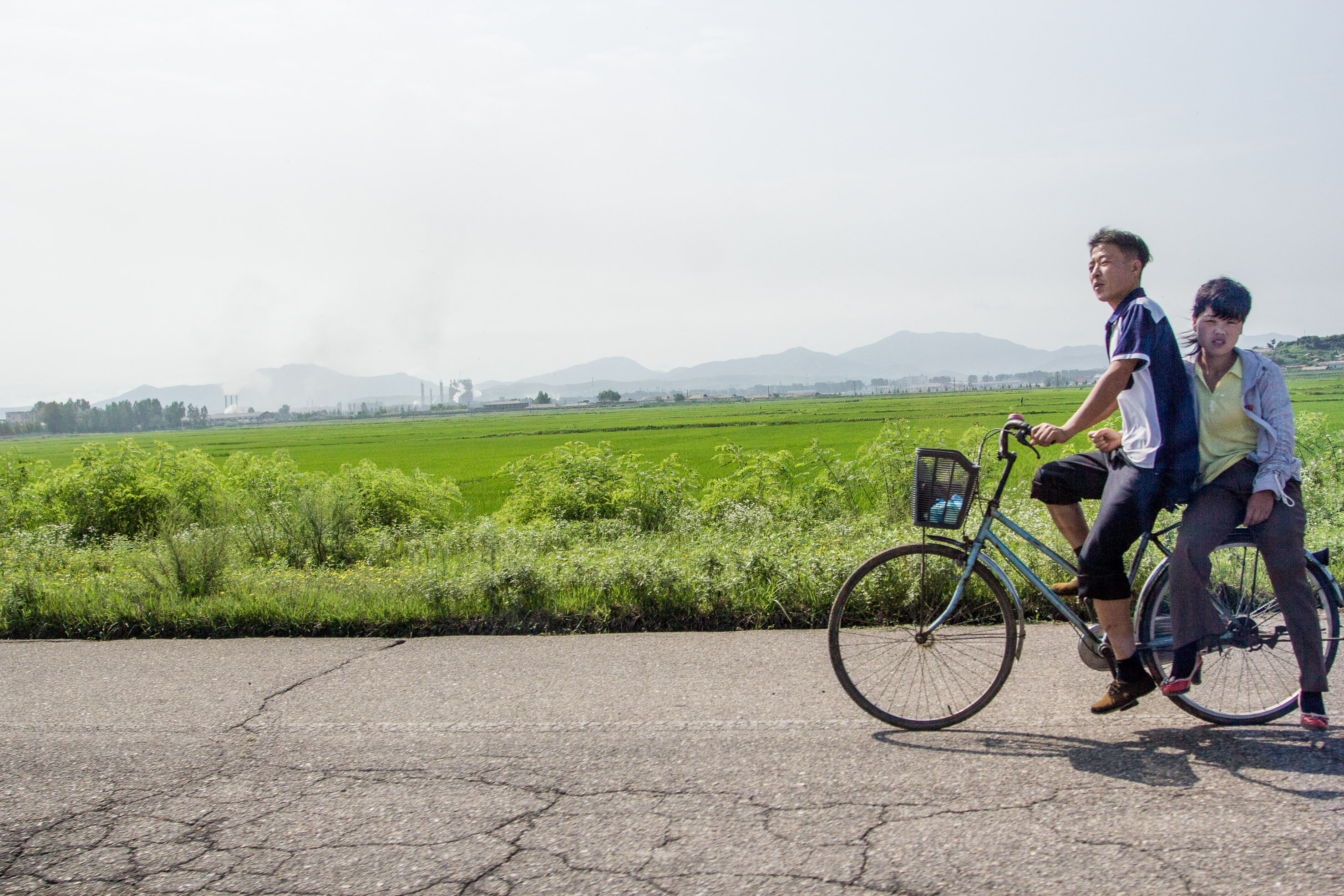 Good news comes to us from the Korean peninsula. A high-level delegation from South Korea visited the North and came away with a very promising way forward. North Korea’s leader Kim Jong-un has invited South Korea’s president Moon Jae-in to Pyongyang – the first invitation of its kind in the history of these two beleaguered countries. In this week’s Alternet, I have a report on the process of peace as well as the threat posed by the next US-South Korea military drill that is slated to take place in April. If this drill takes place, there is every indication that the bridge between the two countries might be broken. You can read my report here.

Donald Trump has now said that he will meet Kim in May. The first reaction is relief. Is the crisis in the Korean peninsula going to end? But there is more to this than meets the eye. There are already signs that the United States (and Japan) would not like the peace process to go forward – but want to make some gestures as to appear conciliatory. Both the US and Japan demand that North Korea surrender its nuclear weapons program before any dialogue is possible. This basically means that there should be no effective and serious peace process. At Newsclick today, I have a report that assesses Trump’s agreement to meet with Kim. I am far more pessimistic about its outcome. You can read my report here.

The picture above is taken by the Brazilian photojournalist Rafael Stedile. He visited North Korea last year and took a series of fabulous photographs of Pyongyang and of Hyangsan Island (where he was able to photograph agricultural workers in the countryside). Rafael’s pictures adorn our dossier. They are the human, ordinary face of North Korea, which is rarely seen in the world. To have a look at Tricontinental Dossier #1, please download it (freely) here. 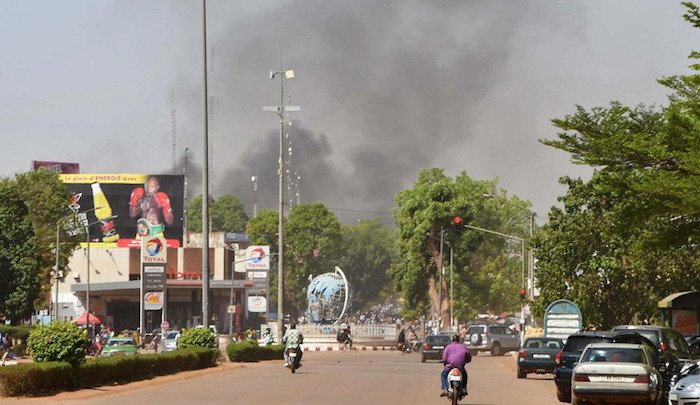 News comes from Ouagadougou, Burkina Faso, of twin attacks in the capital – against the French embassy and the army headquarters. Everyone has said that the culprit is terrorism. It is self-evident that this is a terrorist attack. But what is less clear is how to understand this assault. Burkina Faso has been victim of great tragedies over the past several decades. A small, land-locked country, Burkina Faso – previously Upper Volta – suffered greatly under French colonialism from 1896 to 1958. Gold and cotton left the country, but little developed within it. A brief window opened between 1983 and 1987 when the government of Thomas Sankara tried to use the meager social wealth of the newly named Burkina Faso (Land of Upright Men) for social good. Self-sufficiency in food was the goal, but so was diversification of an economy reliant upon the export of gold and unprocessed cotton. Sankara stood apart from the IMF, refused its policies of dependency and fought to produce a different path for his country. During his brief rule, Sankara increased per capita spending for health care (by 42%) and for education (by 26%), while cutting back on the pay of civil servants (by 40%). Sankara sold the obligatory government Mercedes Benz cars and drove himself in a Renault 5. His assassination in 1987, with French complicity, was almost ordained. It had become a fact of African history that any leader who asserted independence would be either discredited or killed (from the Congo’s Patrice Lumumba outwards).Burkina Faso went to the IMF in 1991 and surrendered its minimal freedom. The country remained reliant upon cotton exports, but really the export of cotton in its crudest form – neither woven nor threaded. The situation is so poor that Burkina Faso exports its cotton to the Swiss firm Paul Reinhart and the French firm Louis Dreyfus and then imports finished cotton, including the traditional pagne cloth. Sankara had warned, ‘We should not be slave to what others produce’ (Nous ne devons pas être esclaves de ce que les autres produisent). But this is exactly where Burkina Faso has ended up. With the United States subsidizing its cotton farmers, there is little space in the world market for the cotton priced by the Burkinabé farmers. No wonder that three-quarters of the Burkinabé population live in poverty.

This is not the first such attack in Burkina Faso. Keep in mind that the regime of Blaise Compaoré, who likely ordered the assassination of Sankara, ran a terrorist state in which dissent was rewarded with death sentences of one kind or another (Norbert Zongo, a journalist and storyteller, was killed in 1998 for his criticism of Compaoré and his clique). More recently, in January 2016, al-Qaeda in the Islamic Maghreb attacked Splendid Hotel in Ouagadougou as well as a nearby café. The message, it is widely thought, was to the French, who are running a military operation – Barkhane – from Ouagadougou. It is not clear whether this operation is part of the War on Terror or if it has wider ramifications (the subject of a dossier which Tricontinental is preparing for publication in a few months). 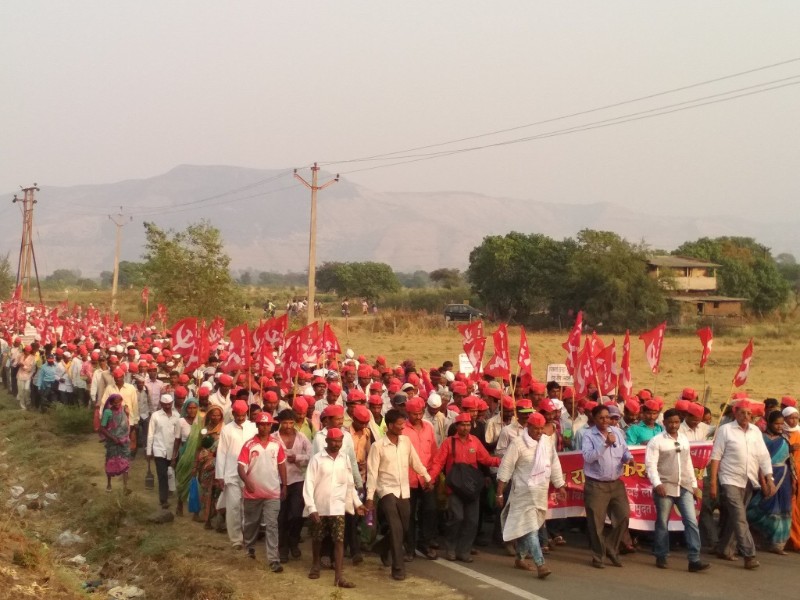 Burkinabé farmers are not alone. There is a global crisis for agricultural workers. This is not just about climate change – although that is a factor. It is about the growing power of monopoly agro-business over the upstream and downstream process of agricultural production, from seed creation to retail sale. Giant firms such as DowDupont, Bayer/Monsanto and ChemChina-Syngenta dominate the entire industry. Just these three firms (the Bayer and Monsanto merger is slated to go forward soon) control the bulk of the agricultural commodities market. Last year, Newsclick interviewed Suman Sahai of the Gene Campaign about these mergers. It is worth re-watching the twelve minute segment again.

As you read this newsletter, in Maharashtra (India), fifty thousand peasants are currently marching from Nasik to Mumbai, where they will sit in protest against the BJP government led by Devendra Fadnavis. These farmers and peasants say that the government has betrayed them. Two years ago, a hundred thousand peasants laid siege to the city of Nasik, demanding loan waivers, fair procurement prices and implementation of various laws and the recommendations of the Swaminathan Commission. Despite Chief Minister Fadnavis’ assurances, nothing happened. Ten thousand peasants then marched in Thane, fifty thousand peasants marched in Palghar and then in July of last year, about a hundred thousand peasants blocked the streets around the state. None to this worked. The government remains unconcerned. Hence, the All-India Kisan Sabha, the peasants’ organization of the Communist Party of India (Marxist), and others are back on the streets in force. We wish them fortitude.

This protest comes within a few days of the defeat of the Left government in the north-eastern state of Tripura. The BJP, in alliance with an extremist group, was able to beat the Left. I have a brief analysis of the election at the LeftWord Books blog, which you can read here. After the election, the Hindu Right’s thugs went about burning communist offices and harassing communist party members and sympathizers. In one town, they pulled down a recently erected statue of Lenin (but on social media called him Stalin). My assessment is that the Left has lost an election, but it has not been defeated. The peasant struggle in Maharashtra proves the point. 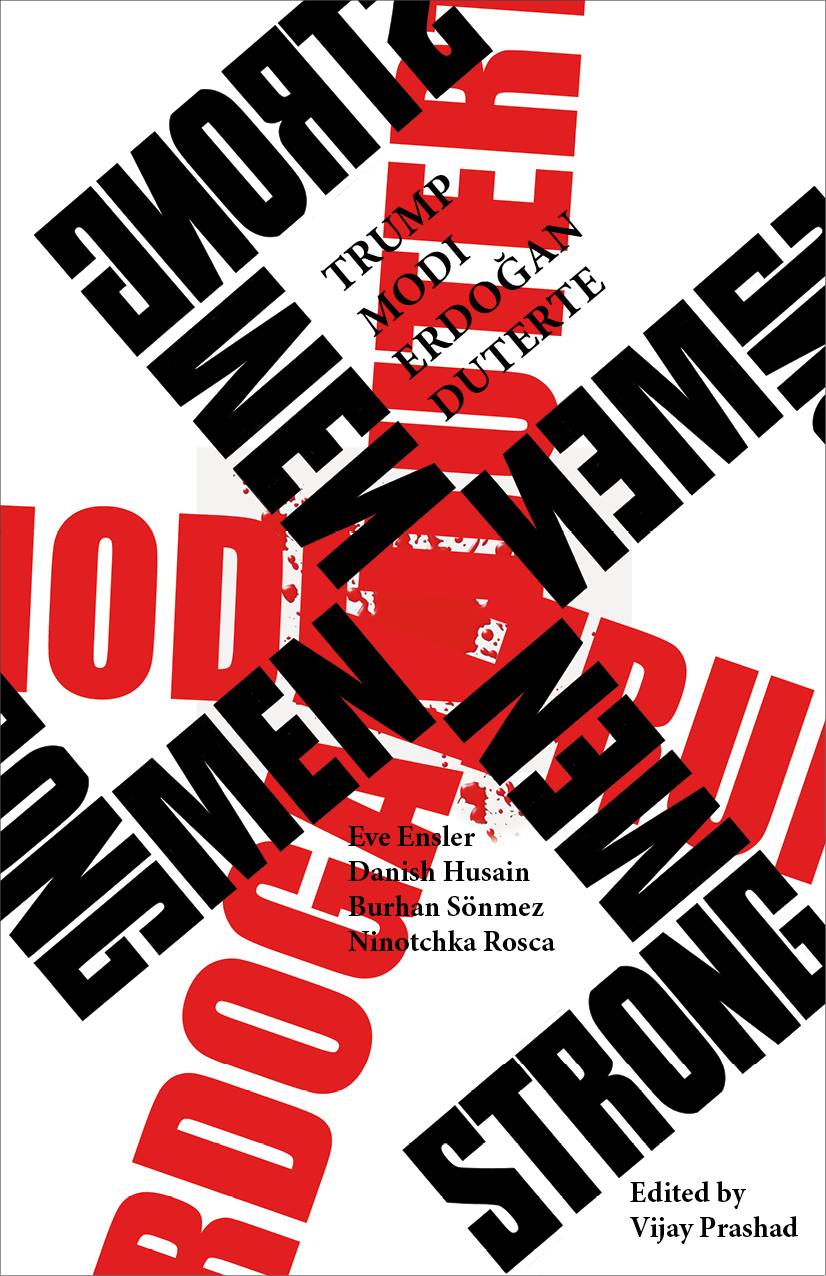 It is to be expected that the thugs would be out after an election. They do not understand that Tripura is a democracy. That elections happen and governments change. That the aftermath of an election is not to provoke retribution. These thugs are not themselves the problem. They are part of a broader crisis of legitimacy in our societies, where strong men have asserted themselves into power at the expense of the niceties of democracy. I’m pleased to let you know that a new book I have edited called Strongmen is now out. It has four essays by four brilliant artists on four strongmen – Eve Ensler (The Vagina Monologues) on Trump, Dan Husain (Peepli Live) on Modi, Burhan Sonmez (Istanbul, Istanbul) on Erdogan and Ninotschka Rosca (State of War) on Duterte. These are brief, lyrical essays that go beneath the skin of these strongmen and the social forces that produced them.

The general argument of my introduction comes from the Tricontinental Working Document #1: In the Ruins of the Present, which will be released for free download on March 22. There are echoes here of Herbert Docena’s report for the Bangkok-based Focus on the Global South – The Rise of Populist Authoritarianisms in Asia: Challenges for Popular Movements (January 2018), available for free download here.

Yesterday was International Working Women’s Day (to give it its original name). From March 12 to 23, at the United Nations, representatives from across the world will gather for the annual session of the Commission on the Status of Women. The organizers have put the rural question at the heart of their priorities. This is a positive step. Rural women comprise 43% of the agricultural workforce. I hope that the participants will be sharp in their assessment of the growth of monopoly firms that have constrained the ability of peasants to make dignified lives.

PS: to leave this list, see below.
To add someone: [email protected].

test 3 War Is Not the Answer to Deep Planetary Insecurity: The Thirty-Seventh Newsletter (2022)

When People Want Housing in India, They Build It: The Thirty-Third Newsletter (2022)

Can We Please Have an Adult Conversation about China?: The Thirty-Second Newsletter (2022)

MORE ON THIS TOPIC

Looking Towards China: Multipolarity as an Opportunity for the Latin American People
dossier